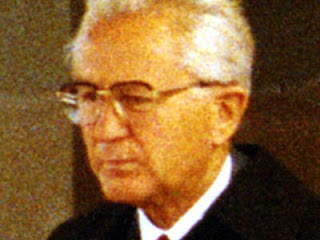 Germany's richest person owns discount supermarket giant Aldi Sud. Retailer faring well amid economic downturn; analysts expect its 2008 sales to be up 9.4% to $33.7 billion. Sales in the U.S. up estimated 20% last year to $7 billion. Plans to open 75 U.S. stores in 2009, including first in New York City. With younger brother, Theo, transformed their mother's corner grocery store into Aldi after World War II. Brothers split ownership in 1961; Karl took the stores in southern Germany, plus the rights to the brand in the U.K., Australia and the U.S. Theo got northern Germany and the rest of Europe. Retired from daily operations. Fiercely private: little known about him other than that he apparently raises orchids and plays golf.
Posted by Outlook at 9:28 PM
Email ThisBlogThis!Share to TwitterShare to FacebookShare to Pinterest
Labels: Business